Jefferson Stillwell: I live in a colorful world filled with odd and amusing characters that inhabit the land, the sea and other galaxies. These images are always in my head, banging away to be released and bring a smile to the viewer. They are fun, funny, usually cute, sometimes on the edge but always harmless. My characters can also appear in three dimensions created of foam board, clay, wood or cement. Some roam freely in our Kihei garden. Occasionally, a painting will pour out that is devoid of my friends; some are more serious, abstract or graphic.

I was formerly artist-in-residence at Main Street Bistro, Wailuku.  My work has been included in several juried exhibitions, including Art Maui at Schaefer International Gallery and the  Hui No‘eau. My piece, Migration, was shown in the Hawai‘i State Art Museum. My illustrations have appeared in Hugh Carpenter’s cookbooks  Pacific Flavors and Chopstix.

I moved to Maui permanently in 2004 from Carlsbad, CA. After earning a BFS from Cal State Los Angeles, I worked as a graphic designer for the L A Times Magazine and was Creative Director (Western Region) for Watson Wyatt Worldwide in La Jolla. 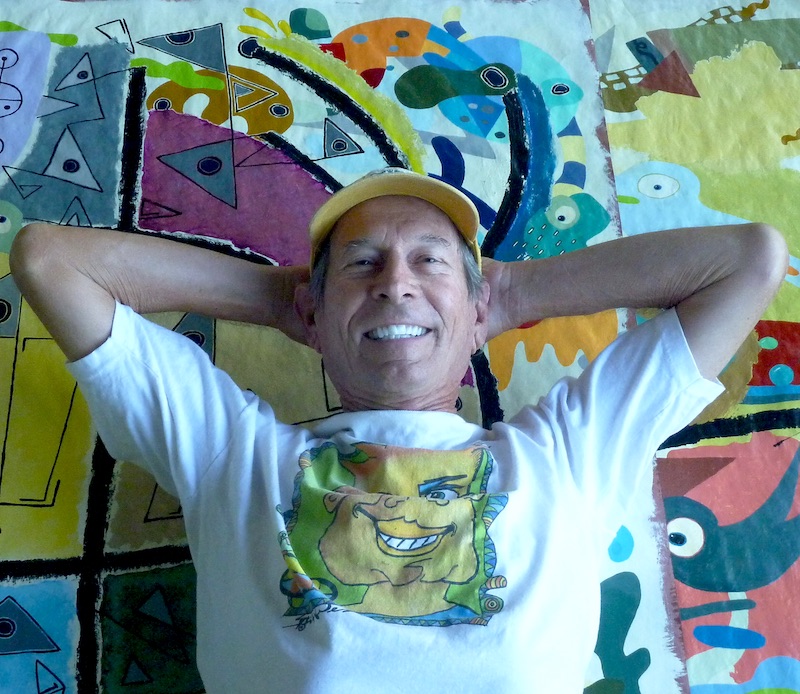 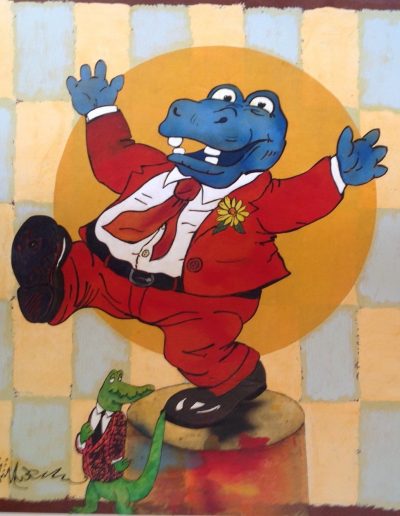 Be Happy by Jefferson Stillwell 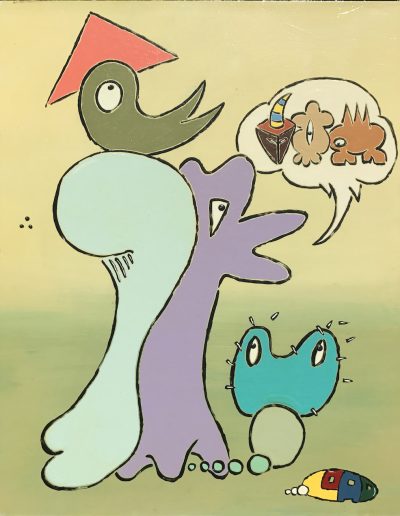 Every Family Has a Secret by Jefferson Stillwell 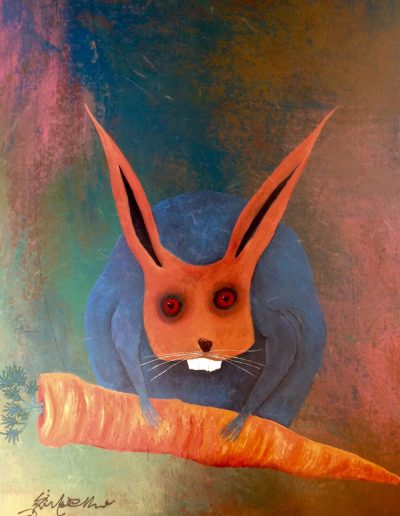 The Vegetarian by Jefferson Stillwell 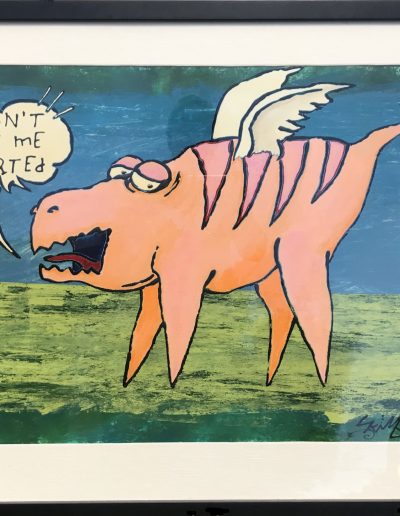 Don’t Get Me Started by Jefferson Stillwell

Would you like to know more about this artist and his work?